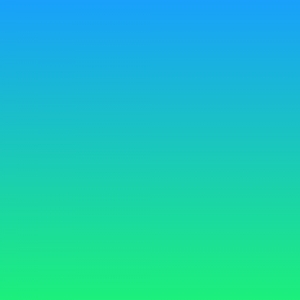 Economies of scale means that if production scale is expanded, the average production cost per unit of product will decrease as the production volume increases. Therefore, it is widely used in industries that require large-scale production equipment in one business.
By pursuing one business more deeply, the know-how and technology of the company will be accumulated and the cost of production per unit will be reduced.
Therefore, the larger the production scale, the lower the cost per unit and the higher the profit of the company.
In industries where economies of scale are working, it is often difficult for new entrants to enter due to the large amount of initial investment, which is called barrier to entry .

Generally, it is often called “ scale merit “, but it is also called the profit of large-scale production and the profit of scale. The reason for economies of scale is the inseparability and the benefits of division of labor, that is, production equipment is inherently impossible to use in small pieces, and equipment of a certain size must be installed from the beginning. Also, in large factories, one worker can be more productive by proficiency in a particular way, rather than having one worker perform a variety of tasks.
Therefore, by increasing the production volume, it is possible to reduce the burden of fixed costs such as depreciation and labor costs per unit. When history matures, it is important to amortize capital early and focus investment on new areas.
In recent years, economies of scale have been attracting attention in advanced fields such as software, and oligopoly is also a concern because capital is invested in advance.

Type of Economies of scale

In a narrow sense, it means that the fixed costs required for the business are dispersed as the business scale expands, and the costs required for one product unit are reduced. This usually means fixed costs regardless of the size of the production scale. Is constant, so the more you make, the lower the “fixed cost per unit of product”. In the consumer goods industry such as beverages and foods, and in industries such as the pharmaceutical industry where production equipment costs and SG & A costs are required, M & A between companies is required to realize economies of scale. You can see examples of going and scaling up .
Economies of scale also have the following effects, and as production increases, economies of scale will work even with variable costs such as raw material costs.
For example, the unit purchase price of raw materials may decrease due to large-scale purchases, or the raw material costs may decrease as consumption efficiency improves.
In addition, as the scale of the business expands, there are concerns about oligopoly due to expensive capital investment that is difficult for SMEs to introduce, expansion of product lines and sales bases wider than SMEs, and gaining trust and peace of mind from customers. Is born.

The more you make, the more the cost per unit of product will increase

Barriers to entry against competition

The size of economies of scale has the effect of preventing the entry of competitors.
If competitors likewise make capital investments and follow suit, the supply to the market will be too high and prices will fall and they will be strangled. There is a risk that if the other party makes additional capital investment, it will not be able to win in economies of scale.
So the more investment you need in economies of scale, the more your competitors give up chasing.
For example, in the blast furnace of the steel industry, the most efficient production scale is determined for some production factors, and even if the production scale is half of that, the fixed cost for that cannot be halved, and the production volume is increased. This reduces average costs, and if you hire more workers, you can expect the benefits of division of labor, which increases productivity by specializing in each job. Recently, the focus has been on gradual reduction of production costs due to the expansion of equipment, and if the economies of scale are very large, it may be difficult for new entrants to enter the industry, so consider this as a barrier to entry. You can also.

On the other hand, if you expand the scale too much, the cost will rise, and this phenomenon is called “scale uneconomical”.
In economies of scale, the average cost of products and services declines as the scale of business expands, but at some stage the decline stops and the average cost rises.
This tendency is especially seen in the manufacturing industry, and it is important to identify the point that can reduce the cost most. It is also important to provide an opportunity to reconsider the points of profitability because the curve of economies of scale will change due to technological changes. After reaching the point where the benefits of economies of scale can be enjoyed to the maximum, one of the strategies that take advantage of economies of scale is Professor Michael Porter’s “Cost Leadership Strategy,” which is costly. We were competing, but we need to switch and differentiate .
There is also a “scale emergent effect” in economies of scale, which is a meaningful effect only when the business scale reaches a certain level. For example, strengthening awareness through promotion in special media.

According to the Silverstone curve of British economist Silverstone et al., The production cost per car is reduced by 15% when the number of vehicles is increased from 50,000 to 100,000, 10% when it is 200,000, and 400,000. Research results have also been announced that the table will reduce by about 5%.
The cause of economies of scale is that the amount of labor required does not increase even if the scale increases. Fixed costs remain unchanged even if production increases. Efficiency is improved by adopting specialized machines, equipment and technology. It is thought that this is due to factors such as the ability to dislike the effectiveness of specialists in work and management due to the sophistication of division of labor.

It has been said that economies of scale work effectively because industries such as electricity, gas, water and telecommunications require huge amounts of capital investment.
In addition, large-scale companies that can build a mass production system can reduce the production cost per unit, so they can benefit from economies of scale. The higher the production volume of a product, the lower the average cost per product. This is called cost reduction. This will promote the formation of a one-company monopoly system, a regional monopoly, and a system by large companies in a certain business area.
On the other hand, it is a warning that we are entering an era in which even the survival of companies is in jeopardy because it will cost enormous costs if we cannot respond to them due to technological innovation and diversification of consumer needs and increase our dependence on economies of scale. Is also ringing.

In addition, the increase in production volume has the effect of reducing variable costs by making discount negotiations more dominant due to the large-scale purchase of raw materials.
A economies of scale requires large-scale production facilities and is most effective in businesses that mass-produce small varieties . Typical examples are the steel industry, the automobile industry, and the semiconductor industry, and it is easy for companies to become oligopolistic in these industries.

To seek economies of scale, we need to invest in machines and equipment that can be mass-produced. Depending on the industry, some businesses initially require hundreds of millions or billions of investments.

Logistics
Modularity
Modularity is the construction of complex products and business processes with small subsystems that can be designed independently and function in a unified manner as a whole . By the way, the antonym of modularization is "integration". For example, I will explain the relationship between ...

Business strategy, Marketing
Network effect
Network effect means that the size and frequency of use of a user affects the utility value of the product or service . For example, if you ask "Why are you using Facebook or Twitter?", You will answer "because people around you are using it" ...